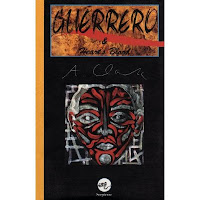 In 1511, Gonzalo Guerrero, a Spanish sailor, and Jeronimo de Aguilar, a Spanish priest, were among a party sailing from Panama to Santo Domingo, which was shipwrecked on a coral reef off the coast of Jamaica. After drifting for weeks, they washed ashore on the Yucatan peninsula and were taken captive by the local Maya. Several were sacrificed immediately and the rest were taken as slaves. As the only two survivors of this ordeal, Guerrero and de Aguilar took radically divergent paths: Guerrero went on to become a respected warrior and chieftain among the Maya, leading campaigns against his own people with the arrival of Cortez in 1519. De Aguilar, in contrast, remained a slave, denigrated and abused by his captors, until he was saved by Cortez and accompanied him as a translator on the conquistador’s march to distant Tenochtitlan.

It is a mystery to me that the story of Gonzalo Guerrero has never truly resonated with the American people. It contains all of the same elements that make movies like Gladiator and Avatar such blockbusters: an Old World warrior, a distrustful indigenous population, a slave to warrior to chief progression, a cross-cultural love story, and a tear-jerking tragedy full of outrageous injustice. I read an award-winning, fictionalized account entitled, Guerrero, by Eugenio Aguirre, some years back. The edition that I read was in Spanish, although I believe that I have seen reference to an English translation at some point. But even that well-written tale failed to capture the conflict in the mind and heart of Gonzalo Guerrero as has been accomplished in this short, independently-published work by Alan Clark. The first portion, “Guerrero,” is a play focused on the character of Gonzalo Guerrero in the period immediately preceding Cortez’s arrival. He is firmly-entrenched in Maya society, where he enjoys the respect of his chief, Nachancan, and the love of his Maya wife and children. Despite de Aguilar’s attempts to remind him of his Christian beliefs, he recognizes that it is his destiny to live and love among the Maya, to practice their customs, which he has come to understand and appreciate, and he is content to do so. Clark treats the many conflicting emotions of the great warrior with deftness and exhibits a distinct knowledge of and appreciation for Maya ritual.

The second portion of Clark’s work, “Heart’s Blood,” is de Aguilar’s retrospective on his captivity and his relationship with Gonzalo Guerrero. While there is an understandable hatred of the Maya that had enslaved him, there is also a love of his companion, Guerrero, and a sadness that accompanies his departure from the Maya en route to join Cortez at the start of his expedition. De Aguilar’s reflection provides a suitable counterbalance to Guerrero’s stoicism and the book feels as if it comes full circle.

The book is not available publicly, but you may contact Alan Clark directly for a copy through his website at http://www.alanclarkart.com/index.php.
Posted by Patrick (at The Literate Man) at 11:49 AM