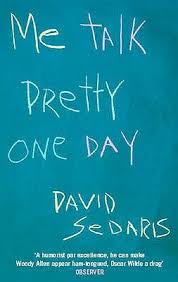 David Sedaris is widely recognized for his social commentary and witty essays.  Me Talk Pretty One Day was a #1 national bestseller when released in 2000, and Time magazine named Sedaris “Humorist of the Year.”  Just about everything he writes reaches bestseller status and he’s been nominated for multiple Grammys for his readings and public radio work.  He is arguably this generation’s greatest essayist and chronicler of American life and anything he produces is worth checking out.
Posted by aaron at 7:56 AM 1 comment: