Moby Dick, and Thoughts on Standing the Test of Time

So here's the story in brief (as if you needed it): one big angry white whale, one one-legged monomaniacal captain, and a mess of willing and unwilling seamen caught up in a suicide mission.  The book is largely symbolic, of course, treating numerous dark themes, including man versus god, man versus nature, and man versus his own creeping obsessions and internal demons. But in terms of plot, that's basically it--and, perhaps because of its simplicity, the tale has lived in the American consciousness for 150 years.
In fact, the broad outlines of Moby Dick

seem to have become as much a part of American culture as baseball and apple pie, and it is a testament to its utility for selling completely unrelated products longevity that it is used even today to promote, among other products, the Blackberry Torch.  Moby Dick and Melville also appear to be at least partially responsible for the popularity of Melville's great-great-great grand-nephew, techno-artist Richard Melville Hall (a/k/a Moby), who is not shy about repeatedly publicly stating the extremely tenuous family connection.  All of which is to say that Moby Dick remains relevant to the modern age as a cheap marketing tool, if not as the textbook on cetology and commercial whaling that Melville hoped it would become. 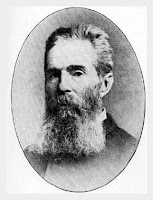 [Cue video of a dusty but copiously-bearded Melville slowly spinning in his grave.]
And yet, I felt strangely disconnected from the tale during this, my second, reading.  First, the entire backdrop of the story is an industry that no longer exists (except, I suppose, in Japan where it survives under the rubric of "scientific research").  Second, while I'm not a member of PETA or even a fan of Whale Wars, Moby Dick fairly rejoices in a systematic violence that is committed on what is essentially a peaceful creature of the deep.  That Moby Dick gets his revenge on all but Ishmael seems little recompense.  In many ways, it reminded me of reading Hemingway's Death in the Afternoon

, a treatise on Spanish bullfighting, which likewise left me more concerned about human nature than inspired or entertained.  And third, Melville's long (often chapter-length) passages on the proper classification of whales and the science of whaling are both out of date and seem to unnecessarily interrupt the little action that there is.  I understand that Melville hoped that the novel would be considered a treatise on whales and whaling, but I say pick a genre and stick with it if you want to maintain the reader's interest.
I'd really like your input on this.  Have you ever read or re-read a classic and felt disappointingly disconnected from the characters within?  In this case, I did--I felt quite outside the story of Moby Dick in a way that I do not with other Melville works (Typee

, etc.) or with Nathaniel Hawthorne, James Fenimore Cooper, or even Jane Austen.  So what is it about those classic authors that continues to connect, while others, like Moby Dick for me, seem to fade in their significance over time?  Just wondering ...
Posted by Patrick (at The Literate Man) at 2:00 PM