In the first of TLM's author interviews series, the Editors sat down with Larry Closs, author of Beatitude, a novel of friendship, love, and idolatry of the Beat Generation, to discuss themes of masculinity and literature, then and now.  A more detailed TLM review of Beatitude will appear in the coming weeks. 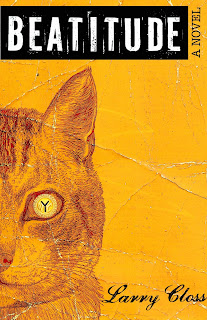 TLM: The prominent players among the Beats were all men. Is this a coincidence or is there something inherently masculine about the philosophy of the Beats?


Larry: You have to begin by viewing the Beats in the context of their times. The Beats were a product of—and a reaction to—the conformity, conservatism and materialism of the 1950s. In the wake of the abject austerity of the Great Depression, the relative prosperity of the fifties inspired a focus on suddenly affordable housing, cars and appliances and the development of a suburban lifestyle reflected in TV shows like Ozzie & Harriet and Leave It to Beaver. The new nuclear family was the ideal and every family member had very narrowly defined roles: Fathers were breadwinners, mothers raised the kids and took care of the house and kids did their homework, stayed out of trouble and aspired to be just like their parents.


The Beats tapped into a burgeoning feeling that there was something wrong with that picture. The Beat philosophy expressed itself in the rejection of repressive social norms and the embrace of an experience-for-experience-sake approach to life embodied by an open-minded attitude toward sex, drugs, relationships, religion, travel and the fellaheen—the outsiders.

Women were just as likely as men to feel stifled by the middle-class conventions of the 1950s. They were less likely to act on that impulse, however, because they risked far more severe repercussions. Also, despite the progressive attitude the Beats advocated across the board, they generally viewed the women in their world in much the same way as the world at large, confining them to girlfriends, housewives and mothers.


One could argue that Beat philosophy was inherently—even unabashedly—masculine, as evidenced by the fact that the great works of literature and poetry the movement produced were all produced by men. One could also argue that the Beat philosophy was inherently sexist, like the society itself, because the movement’s tenets were near impossible for women of the times to embrace.

There were Beat women (Brenda Knight’s Women of the Beat Generation profiles 40 of them) who injected a feminine element, but, with few exceptions—poets Diane di Prima, Hettie Jones, Ann Waldman—they are unknown even to Beat fans and best known for their relationships with Beat men rather than their creative contributions to the Beat canon. One of the best and most prolific, Joyce Johnson, wrote five novels that are no longer in print. However, her two memoirs—Minor Characters (winner of the National Book Critics Circle Award) and Door Wide Open—both of which hinge on her brief romance with Kerouac, remain popular long after their release in paperback.

TLM: Kerouac's fiction and his life revolved around traditionally manly pursuits—football and railroading, the time spent as a lookout at Desolation Peak and even the freewheeling travels described in On the Road. Was this a part of his personality or part of a carefully crafted image?

Larry: The most famous photograph of Jack Kerouac is a broody black and white of him at 31, ruggedly handsome and pensively smoking a cigarette on a New York City fire escape in 1953. Jutting from Kerouac’s jacket pocket is the Brakeman’s Manual for the Southern Pacific Railroad, where Kerouac was working at the time. Allen Ginsberg snapped the shot, which he later aptly titled “Heroic Portrait”—aptly, because that photo more than any other evokes the image of Kerouac embedded in the collective consciousness. The “Heroic Portrait,” however, was taken before Kerouac ever had an image.

In 1953, Kerouac had only written two of the dozen or so books that would be his literary legacy and only one had been published—The Town and the City, in 1950, an indifferently reviewed homage to his hero, Thomas Wolfe. Kerouac had also completed what would become his most famous and revolutionary work, On the Road, in 1951, but it wouldn’t be published until 1957.

Until then, Kerouac went about his life like anyone else, unselfconsciously indulging in pursuits that interested and supported him. He wanted to be a writer since he was a kid. He was also naturally athletic. He played football in high school and went to Columbia in 1940 on a football scholarship, but when he broke his leg in the first season he refocused on his real passion, literature. He met Allen Ginsberg and William S. Burroughs, served in both the Merchant Marines and the Navy, married and divorced twice, crisscrossed the country with Neal Cassady, worked as a brakeman for the Southern Pacific Railroad and spent two months as a U.S. Forest Service fire lookout on Desolation Peak in Washington.

By the time On the Road was finally published—to instant acclaim—in 1957 and the Beat Generation emerged from the underground, Kerouac had already done everything that would contribute to his image, with no thought of doing so. The media would craft his image for him. While Kerouac called himself "a strange solitary crazy Catholic mystic,” the media called him King of the Beats, a reductive title he would reject and despise for the rest of his life.

TLM: What, in your opinion, was the nature of the relationship among Kerouac, Cassady and Ginsberg. How did they balance friendship and (unrequited?) love among them?

Larry: First and foremost, Kerouac, Cassady and Ginsberg were close friends—that was the basis of their relationship—friends who loved one another, who connected instantly on a subliminal level and admired and respected each other’s outlook, talents and heart. Beyond that, it was complicated, as recorded in their literary efforts and voluminous letters to one another, and as suggested by biographers reading between the lines of their lives.

In 1944, Ginsberg fell in love with Kerouac almost at first sight when Lucien Carr introduced them. Ginsberg was 18, Kerouac, 22. Both were attending Columbia and sleeping in the same dorm room one night when Ginsberg confessed his feelings, saying, “Jack, you know, I love you, and I want to sleep with you, and I really like men.” To which Kerouac said, “Oooooh, no.” Kerouac’s response was not a rejection of Ginsberg, but a comment on the complications he envisioned as a result of a one-sided love.

Two years later, when classmate Hal Chase introduced Ginsberg and Kerouac to Neal Cassady and his then-wife, LuAnne Henderson, just arrived from Denver, Colorado, Ginsberg fell head over heals with Cassady, who also promptly took to Ginsberg, “attacking him with a great amorous soul such as only a con-man can have,” as Kerouac writes in On the Road. “I didn’t see them for about two weeks, during which time they cemented their relationship to fiendish allday-allnight-talk proportions.”

In the end, their feelings weren’t mutual or equal. Ginsberg was infatuated with Cassady, and although they had a sexual relationship for many years, it was never a truly romantic one. Cassady was ultimately more interested in women, as indicated by his three wives (two of whom he married simultaneously). Still, Ginsberg was crushed by his unrequited love for Cassady, following him to Denver at one point and writing a collection of poems titled Denver Doldrums when he was once again rejected.

Kerouac was also infatuated with Cassady, but in another way: Kerouac viewed Cassady as a romantic, free-spirited masculine ideal who was everything Kerouac wished he could be. Likewise, Cassady loved Kerouac for his empathy, curiosity and discipline as a writer. They did what best friends do—they balanced each other, brought out the best in one another. What they shared was an enthusiasm for experience. As Dean yells out the window of a speeding car in On the Road, “Ah, God! Life!" Ultimately, they were brothers.

Whole books have been written about the complexities of Beat relationships—Ellis Amburn’s Subterranean Kerouac posits that Kerouac was torn between his attractions to men as well as women while Ginsberg claimed that he and Kerouac were intimate on several occasions. But no one can ever really know the nuances of Kerouac, Cassady and Ginsberg’s feelings. Who but them possibly could? What we do know is that they were an integral part of each other’s lives for much of their lives—despite the additional complications of other overlapping relationships—and that speaks volumes. They were each willing to sacrifice something of themselves for the sake of their love for one another and that’s about as pure as love gets.

Ginsberg wrote one of the most touching elegies in an Afterward to Kerouac’s Visions of Cody titled The Visions of the Great Rememberer: “Couldn’t ever hold on to that early Love, all bodies change & die, fall from life to life, but the sad heart now comes still expecting there was something more Neal & Jack could fulfill, or there was more love I wanted to give them than they would let me, and imagined delights in their presence they felt toward me, love & kisses they never laid on my timid body—except the sweet care they both offered me their little melancholy tender Allen….”

TLM: How are themes of masculinity and the relationships between men treated in Beatitude?

Larry: While I didn’t give any conscious thought to conveying ideas about masculinity in Beatitude, I did make a very deliberate decision about how I wanted characters to emerge—on their own, with no assistance from the author. I wanted readers to meet and come to know the characters by virtue of what they say and do, not by any editorializing. Several reviewers have described Beatitude as a dialogue-driven novel, and to some extent that’s true. I’ve always found that I learn more about someone in a few minutes of talking with them and just seeing how they move than any amount of description by a friend beforehand could ever convey.

Tied to that was a desire to explore how our experience and outlook can affect our interpretation of what we hear and see. In the same way that Harry doesn’t always perceive things as they are—doesn’t always want to perceive things as they are—I wanted readers to question their own assumptions. I wanted to smash stereotypes and reductive ideas, who’s likely to feel this way versus who’s likely to feel that way. The ultimate goal was to underline the importance of viewing the world through another’s eyes and heart. All three of the main characters ultimately come to that realization: Harry puts himself in Jay’s place, Jay puts himself in Harry’s place and Zahra puts herself in both Harry and Jay’s place. Each takes a step forward by doing so.


There’s a scene in Beatitude where I describe a television interview that Kerouac did with Steve Allen in 1959, after On the Road had catapulted Kerouac to fame and introduced the Beat Generation to America. Allen asks Kerouac how he would define beat. Kerouac pauses and says, “Sympathetic.” I think that single word expresses the essence of Beatitude. 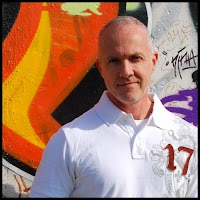 Follow Larry Closs as his blog tour continues tomorrow, January 26, 2012, at The Picky Girl.
Posted by Patrick (at The Literate Man) at 6:18 PM